Home » About Us » Awards and Achievements 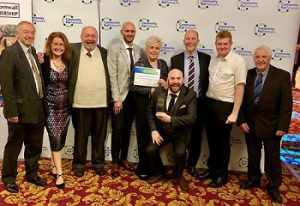 We are delighted to announce Cumbria Community Rail Partnership has won a coveted national award for an eye-catching art exhibition celebrating Workington’s rich railway history, bringing the station into the heart of the community.  Community Rail Cumbria fought off strong competition to win the Community Creative Projects and Station Arts prize at the 17th national Community Rail Awards.

Working with the Workington Focus Group, the Partnership created the ‘Rails Which Circled the World’, an exhibition highlighting the historical importance of the rail industry to the Cumbrian town. A total of 17 seven-foot-high panels, unveiled in May this year, depict the triumphs and tragedies of the area’s coal mines, ironworks, steelworks, and docks, all once connected by rail. 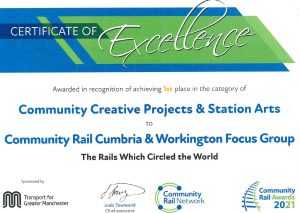 The project continues the heritage education thread emerging along the Cumbrian Coast Line, with Workington joining Maryport, Ravenglass, and Millom as ‘destination stations’, hosting focal points where younger generations can learn about Cumbria’s heritage.  The awards judges praised the exhibition as a “fantastic example of living, local history.”

Workington Station’s outstanding appearance cannot be attributed to one individual, but every team needs a leader, and Workington born-and-bred David (Dave) Wallace is that man. Dave has been pending countless hours at his second home, Dave is described as the “eyes and ears” of the station and an inspiration to everyone around him. An avid transport enthusiast, he is an active member of the Workington Transport Heritage Trust and the Friends of Workington Station, and his positivity and dedication has been instrumental in returning the station to its heritage roots. 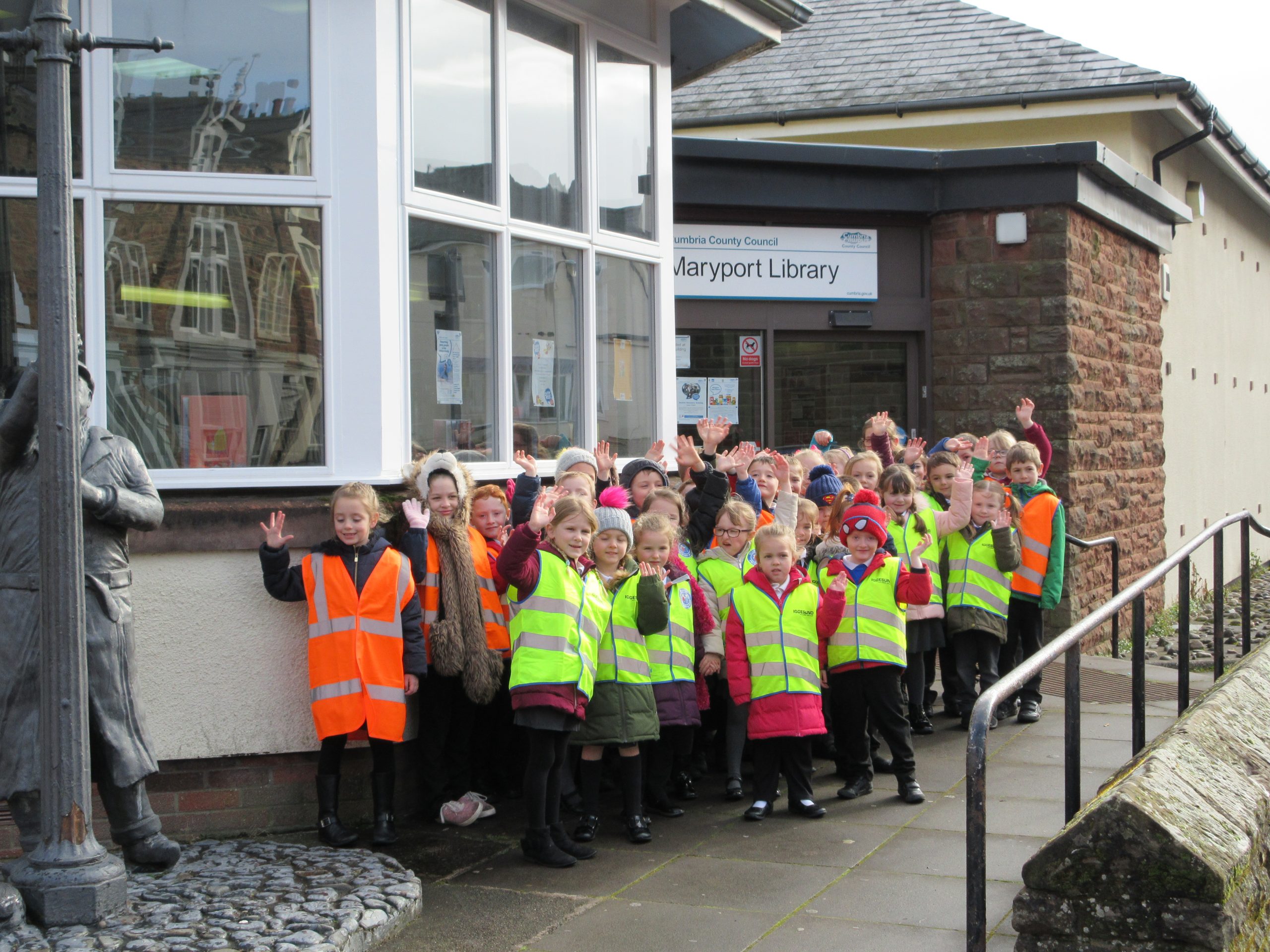 First Place for the wonderful project of  Better Side of the Track has been hugely appreciated by those living in Flimby, with the revitalised station placed at the centre of the community with young people leading the way.  Community Rail Cumbria has used the project to develop a strategy for supporting deprived communities, and has used the influence of Community Rail to engage other organisations, including working with Cumbria County Council on introducing family learning sessions, and Barnardo’s on counselling to help deal with anxiety among school children. 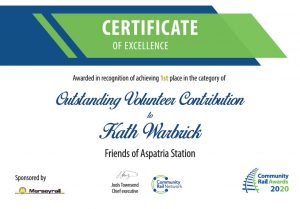 First place – Outstanding Volunteer Aspatria Station was neglected until Kath Warbrick arrived to transform it into a place of colour and beauty.  Kath volunteered with an exciting plan to bring new life to the station with volunteers creating a dedicated a team.  Kath’s plan was to brighten and enhance the two station platforms   The station has seen a reduction in anti-social behaviour and the community.  Kath is an inspiration to other volunteers and remains passionate about making Aspatria station a true community asset. 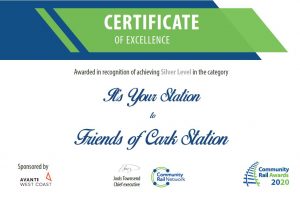 Silver Level  – It’s your Station Friends of  Cark Station together with Community Rail Cumbria organised for community and rail industry volunteers to carry out work at Cark station. Over forty volunteers turned up despite grey skies and drizzle. The station adopted the station only two years ago, and this small volunteer group did a huge job to cheer the station up.  It grows better every year! 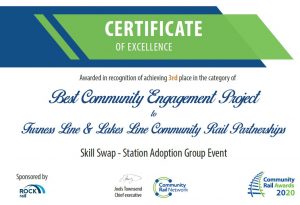 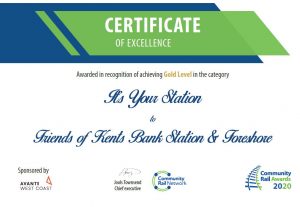 Gold Level  – The CRP, and Northern and the Friends of Kents Bank Station and Foreshore (FoKBS) worked together closely to greatly enhance the station through major gardening activity, provision of interpretation panels, refurbished benches, fence painting and renewal, a wildlife garden and the provision of local information in the CR poster case. The FoKBS volunteers have made successful funding bids and continue to develop plans for the station and foreshore area where Cross Bay Walks terminate. 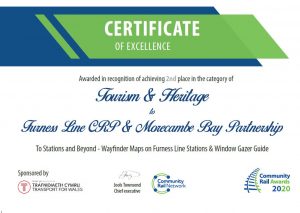 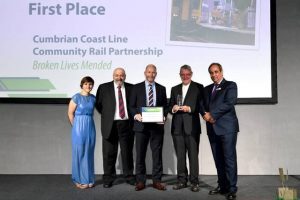 We are delighted to announce our Involving Diverse Groups award that was presented at the 2019 ACoRP awards hosted in Telford. This celebrated the partnership working between Turning Point, Community Rail Cumbria and Direct Rail Services, highlighting how the railway can have a profound and lasting impact on individuals, and how rail is now deeply embedded in the structured programmes of recovery from drug and alcohol dependency.

Screenshots from this video have been used for an accompanying explanatory brochure about the crucial role of rail within the recovery process, this can be found as a PDF in the Projects section of the Community Rail Cumbria Website 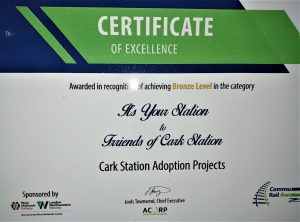 The Friends of Cark station have over a period of two years transformed an unloved station into a vibrant environment the village can enjoy. The unstaffed station was identified by Northern as a “problem” with ongoing vandalism and anti-social behaviour. The transformation has made local communities proud to support the Friends and is providing a boost for passenger numbers and local usage. It is considered  by the Parish Council as instrumental in improving the local environment and inspiring other projects to improve health and wellbeing locally. 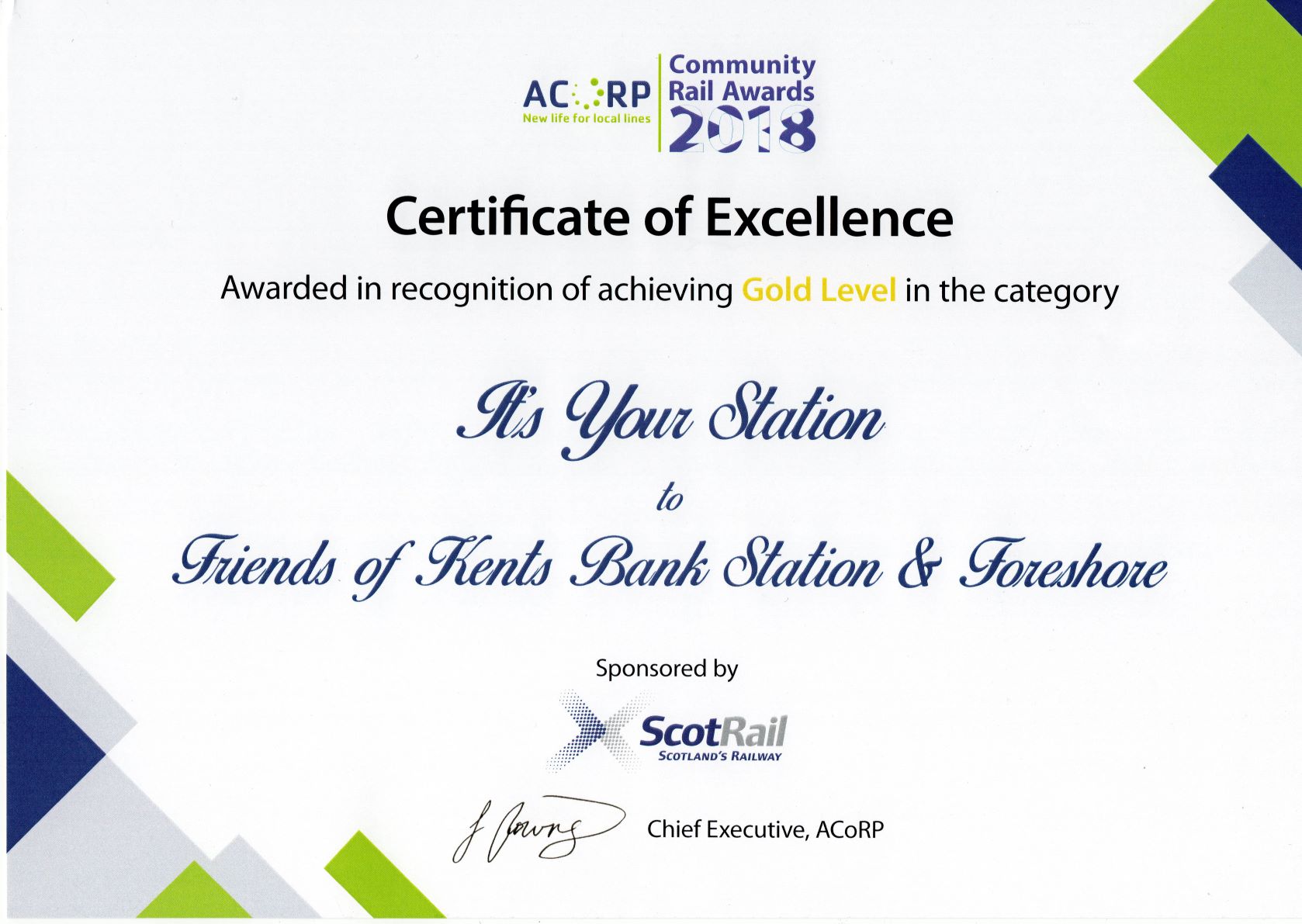 Friends of Kents Bank and Foreshore Station shortlisted at gold level for  ‘It’s Your Station’ – an amazing achievement for a group of community volunteers! 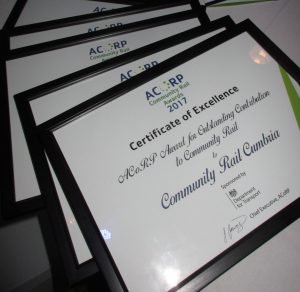 C0mmunity Rail Cumbria were immensely proud to receive the top award at the annual Association of Community Rail Partnerships (ACoRP) Community Rail Awards on 5th October 2017 on a showcase night for the community rail movement. The Team presented a programme of projects aiming to put the railways back into the heart of the communities they serve and won a number of awards including the 2017 ‘Outstanding Contribution to Community Rail Award.

The Community Rail Awards, now in its 13th year, recognises the important and often unsung work carried out by community rail partnerships, station friends and other community rail groups across the country. The awards shine a light and reward the breadth of important work happening across this substantial grassroots movement, helping to share good practice, spread the word about community rail’s contribution to mobility, sustainability, prosperity and wellbeing, and encourage more people to get involved.

Congratulations to Tim Owen Chairman of the Furness Line and Lakes Line Community Rail Partnerships who won 2nd place in the category for Outstanding Volunteer Contribution. 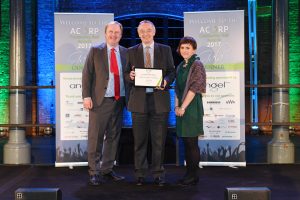 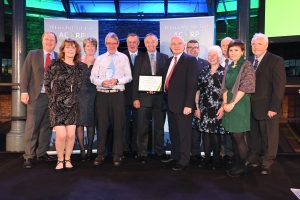 Award 2nd place in the category of Involving Diverse Groups. 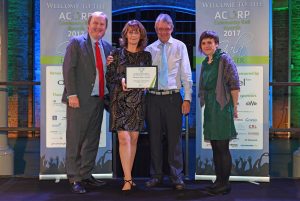 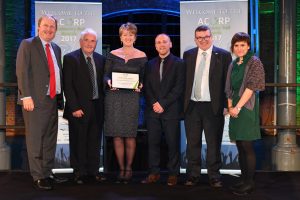 Award 3rd place in the category of Best Innovation in Community Rail. 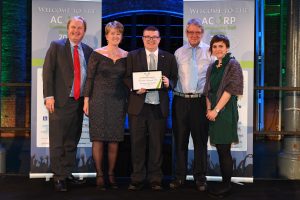 We use cookies to ensure that we give you the best experience on our website. If you continue to use this website we will assume that you are happy with it.Ok